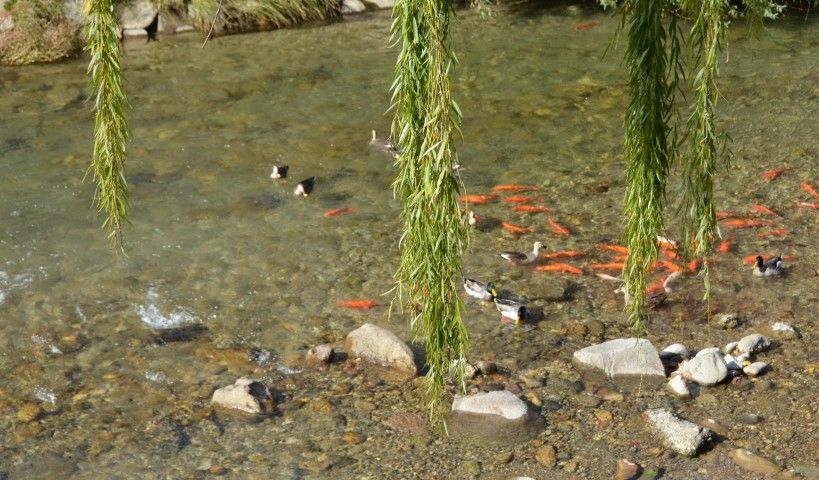 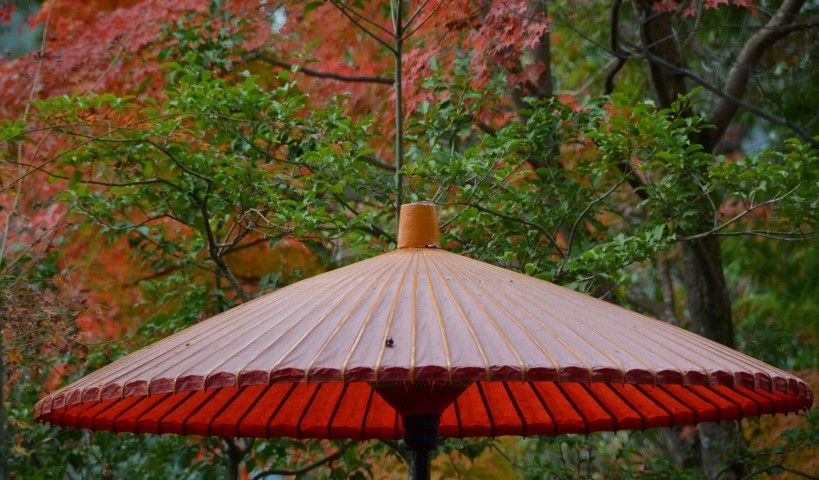 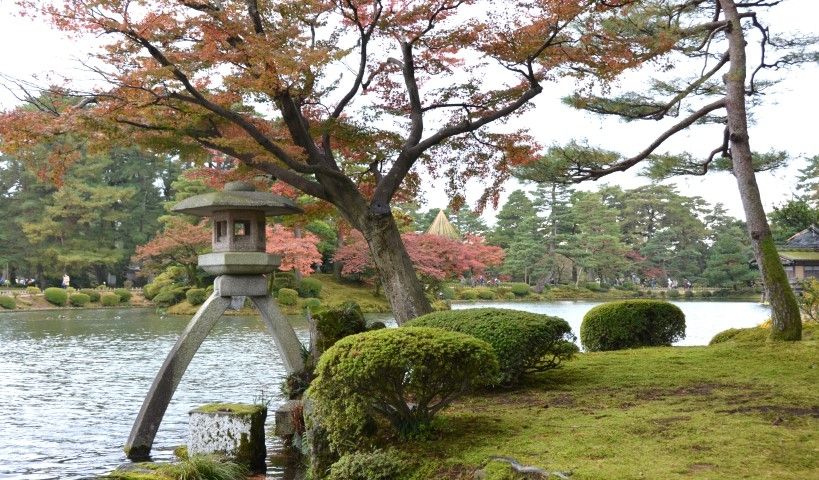 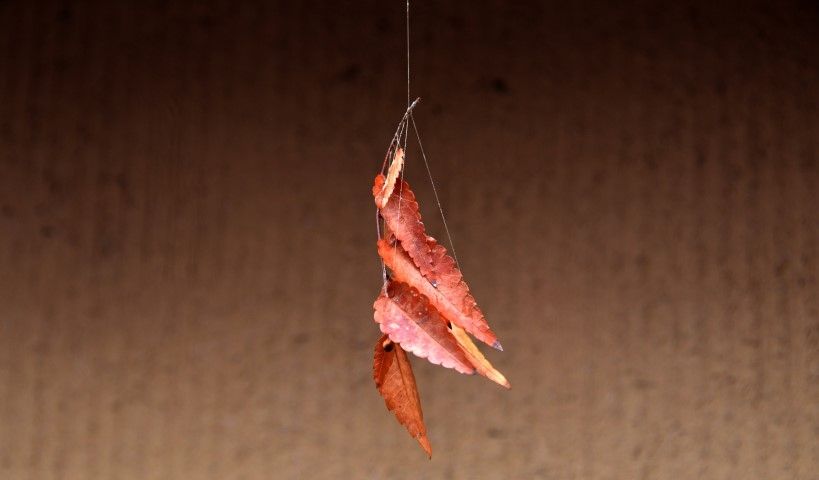 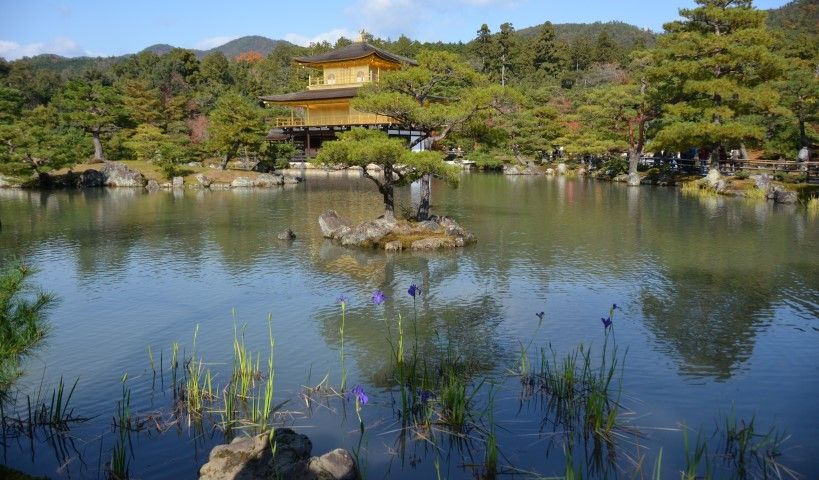 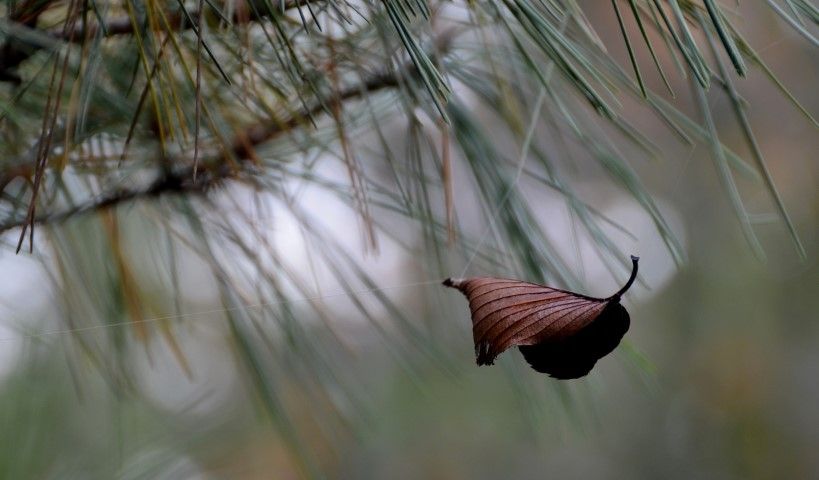 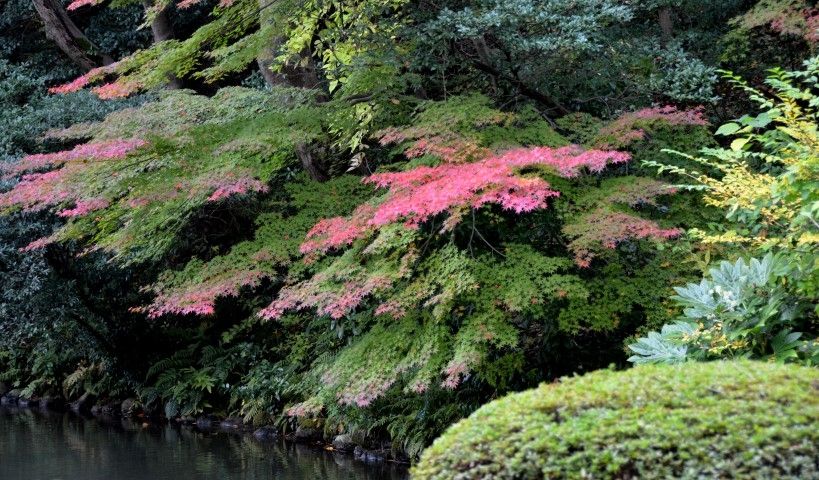 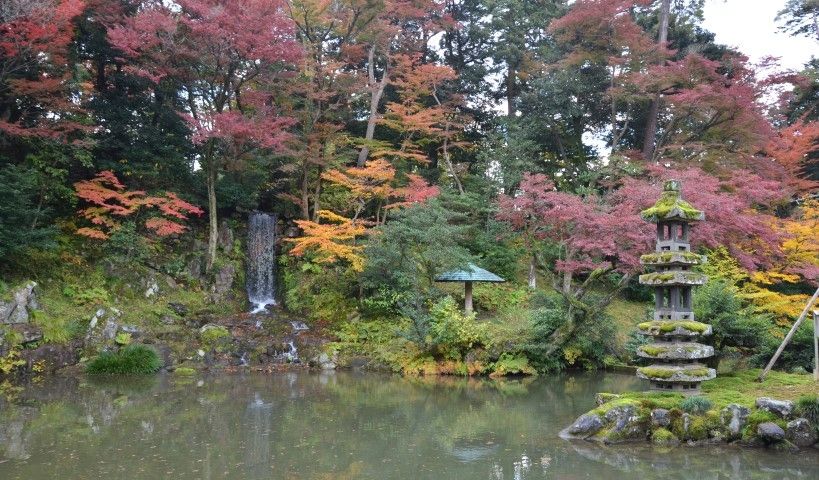 The motto of Ikebana International is therefore:

Ikebana, derived from the Japanese words 'ikeru' (=live, create) and 'hana' (=flower) is an old art that came from China to Japan in the 6th century, together with Buddhism. The Japanese priest Ono-no-Imoko, who lived as a recluse near a lake in the vicinity of Kyoto, was as far as we know the first to arrange flowers and branches in a temple. Other priest followed his lead and that is how the Ikenobo-school developed. (Ikenobo means 'hut near the lake.)

The import of western flowers in Japan at the end of the 19th century inspired Unshin Ohara into making arrangement in flat containers with the use of kenzan (needle frogs). That is how the Ohara school developed.

In 1927 the Sogetsu school was founded. The founder Sofu Teshigahara gave a new impuls to modernisation, that initiated a development of modern and abstract arrangements. Sofu Teshigahara also was a known sculptor, whose works can be found in American as well as European museums.

In the 1930's the Ichiyo school was founded by Mrs. Ichiyo Kasuya. The style of this school is elegant and reflects the changes in our times, as can be seen in architecture.

All of this indicates that ikebana has developed from a religious into a more secular form of art, in which everybody can express themselves. By practising ikebana, one can learn about composition of lines, balance and space.

There is a fundamental difference between Western and Japanese flower arrangement. In the West one aims to fill spaces. The Japanese way, on the other hand, is to create space. A Western flower arrangement considers the amount and colour of flowers used, a Japanese arrangement often is a composition of lines, with a sparce addition of flowers. One can make a beautiful Japanese ikebana arrangement with a few simple brances and the use of just one flower.

By practicing Ikebana one tends to be more aware of nature and becomes inspired to make arrangements. One learns to look at nature with an Ikebana eye and, when outside, searches for beautiful natural materials. While practising, it takes an effort to shape a branch in the correct form by bending or pruning. Ikebana is therefore a good excercise in patience and self-discipline. In a hectic world, while arranging, one shifts into a peaceful state of mind. Ikebana is a fascinating means of self expression.